With a very busy & full week of work in Malawi behind me, it was time for a weekend of fun!!  Unfortunately, my hostess R was not able to come along for this trip, but my friend F, who was also living & working in Lilongwe, and who I hadn’t been able to see much of during the work week as we were both very busy, invited me along with a couple of her friends to go to a Wildlife Lodge in the Nkhotakota Wildlife Reserve for the weekend.  I had one meeting scheduled for the morning we were to leave, but thankfully it fell through at the last-minute, allowing us to get an earlier start, and we were off!!  We piled our bags into the trunk of P’s SUV and off we went!! 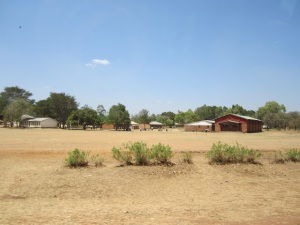 Now, I have always been a fan of the road trip generally, but there’s something to be said for a road trip in a new country that you don’t really know much about.  For my first work assignment in Africa, on my very first trip to Djibouti I was taken on a little road trip from Djibouti ville north to Tadjoura for an overnight trip, and I loved how much better a sense of the country I got from that trip.  Seeing the capital of a country alone isn’t really enough to get a sense of it.  Just because you’ve seen Paris doesn’t mean you have a real feel for all of France, for example.  A road trip is a great way to learn more about the landscape, the industry, and the culture of the place that you’re exploring, beyond the relative glitz & glamour of the capital.  So I was particularly excited to set off on this trip, having only seen Lilongwe (the capital, located in the middle of the country) and Mchinji (a border town, near the borders of Zambia and Mozambique) for work.  Our trip would take us further north, and along the edge of Lake Malawi, one of Africa’s Great Lakes.

A truck we drove behind for a while

Another thing that is nice about road trips is that it really allows you to get to know your travel companions as you go.  In this case, I only knew one of our travel companions as we set off, so the time in the car was really great get-to-know-you time!  F and I had worked together in Djibouti and had been on the same Trivia Team there (one of my favorite Djibouti down-time activities), but we hadn’t seen each other in at least a year by the time I went to Malawi, so the car ride also gave us a chance to catch up.  And I had just met P & C on this visit to Malawi (and P that same morning!) so that made for some good get-to-know-you time! 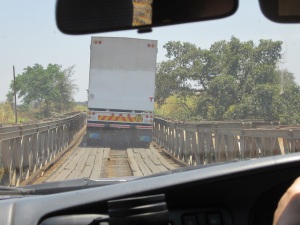 The scary bridge that we crossed

Now, as I said in my previous post about Lilongwe, I was pretty impressed by the condition of the roads in Malawi.  One thing I was not totally excited about, though, was driving over this bridge, particularly behind that big truck!!  The only advantage to having him go before us was that if the bridge could hold him, we knew it could hold us!  We had full confidence in our driver, P, but very little in the structural integrity of that bridge!  I think I can speak for all of us when I say that we breathed a collective sigh of relief when we got to the other side!  It was, at least, a mercifully short bridge!

One of the things I was enjoying on this trip was all the smaller towns that we were driving through.  You could get a bit of a sense of what life is like in them.  This view to the right surprised me a bit though – the two buildings to the right of the guy with the blue sleeves & two kids are both butchers, and hanging out front, outside with nothing to protect them from the mid-day heat of the sun, or the flies that abound everywhere, are animal carcasses just suspended from beams.  I am sure that it’s all fresh – just killed & butchered.  But the sun is not, and I guess I’m used to my meat staying refrigerated until I purchase it!  It does make me wonder if we are overly cautious and maybe even paranoid about how much our meat needs to stay cold to stay fresh, but then again, having had a bad encounter with poorly refrigerated food in Tanzania, perhaps I am just paranoid enough on that issue!

Lake Malawi – tell me that doesn’t look like an Ocean view at some tropical beach island??

Lovely lunch spot along our way – much more picturesque than an I-95 rest stop!

Along the road between Lilongwe and Nkhotakota is a lovely spot along Lake Malawi where you can get souvenirs & Nkhotakota pottery.  On the way to the park we stopped for lunch, and on the way back we stopped to pick up souvenirs.  The thing about Lake Malawi is that it is really, really huge!  In fact, standing on its beach, you would never know that you were on a lake.  It looks really like being at the beach on the ocean!  I think that if I ever have a chance to vacation in Malawi in the future, I will definitely return to see the elephants in the Wildlife Reserve, but I would also love to take a couple of days alongside Lake Malawi.  So peaceful, and so beautiful!!  Just lovely. 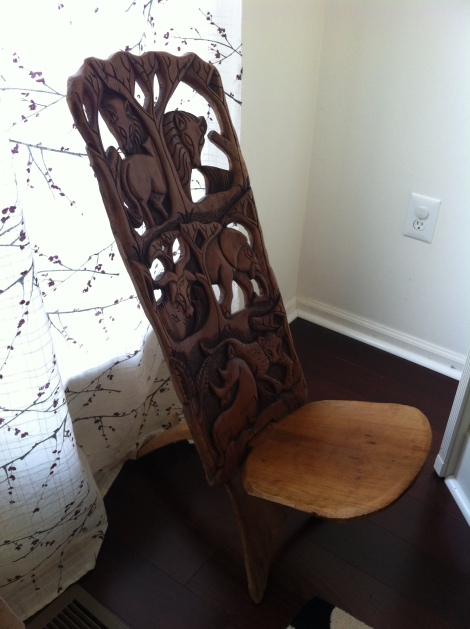 My hand-carved wood chair that I bought by Lake Malawi, from the guy who carved it.

Alright, I have to bid you farewell for now, but I will leave you with a few more pictures of the people, animals, and landscape of Malawi, as seen on our trip.  Until the next post! 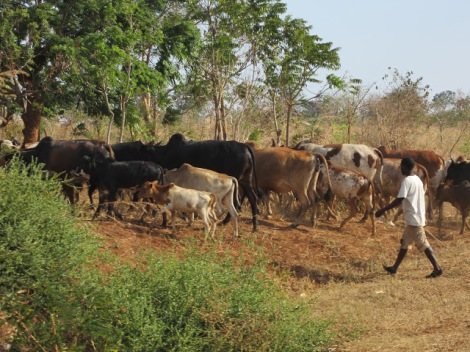 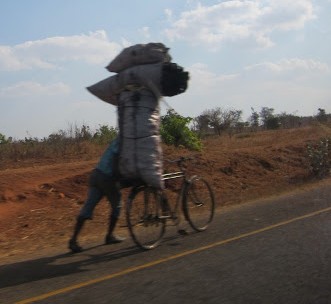 I love how red the earth is here! 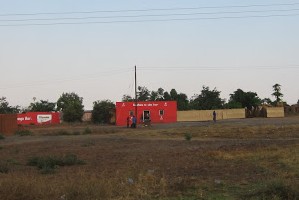